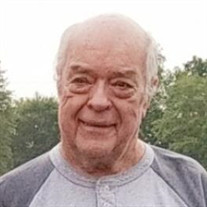 Rayburn Douglas “Doug” Smith, 72, of Knox, passed away Friday evening, January 18, 2019 at the Clarion Hospital surrounded by loved ones. He was a well-loved, nurturing, caring and good-humored person. He will be truly missed. Rayburn was born on December 11, 1946 in Licking Township, Clarion County; son of the late Rayburn C. Smith and Violet I. (Bunch) Smith of Sligo, who survives. He graduated from Keystone High School. He received a bachelor of science from Penn State in Ornamental Nursery Management and a bachelor of science in Earth Science from Clarion University. Rayburn was married on February 7, 1970 to Arlene Marie (Rhoads) Smith, who survives. He worked throughout high school in horticulture, and nurseries in Philadelphia and Azusa, California, and worked in many programs at the Venango County Extension Office. Rayburn was a Rural Letter Carrier for over 30 years with the Knox Post Office. He worked at the Clarion County Park and was the Curator of the Children’s Garden. Rayburn loved teaching kids and adults about plants at the Children’s Garden and taught as a Master Gardener, and geology at Globe.gov. He was a black belt and teacher of Isshinryu karate. Rayburn also had a greenhouse and kept bees. Rayburn was a member of the Clarion County Planning Commission, he was also an Auditor for Beaver Township, and was a United States Senate Candidate in 2012. He is survived by his mother, wife, three children, K. Smith of Ohio, Marshall Douglas Smith and wife Salina of Emlenton, and Adam Jacob Smith also of Knox, four grandchildren, Alexis E. Mellon, Isaiah D. Smith, Kayden M. Sullivan, Hayloe S. Smith, and one great grandson Riker, eight siblings (including his five twin brothers and one twin sister), Dennis Smith of Knox, Daniel Smith and wife Linda of Florida, Kathy Shanafelt, Jessie Smith and wife Deb, and Joel Smith and wife Joni all of Knox, Priscilla Ofca of Ohio, George Smith and wife Tanis of West Virginia, Rose Smith of Pittsburgh, as well as a moderately large extended family. Rayburn was preceded in death by his father, a brother-in-law, Arthur Shanafelt, a sister-in-law, Linda Smith, and a nephew, James Shanafelt. There will be no public visitation. Services will be private. In Lieu of flowers, the family has asked to plant something in Doug’s honor.

Rayburn Douglas &#8220;Doug&#8221; Smith, 72, of Knox, passed away Friday evening, January 18, 2019 at the Clarion Hospital surrounded by loved ones. He was a well-loved, nurturing, caring and good-humored person. He will be truly missed. Rayburn... View Obituary & Service Information

The family of Rayburn D. Smith created this Life Tributes page to make it easy to share your memories.

Send flowers to the Smith family.