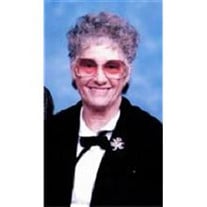 Retha D. Stewart Winters, 87, of the Golden Living Center, Shippenville, formerly of Fisher Siegel Road, Sigel, died Sunday, January 23, 2011, at the Golden Living Center. Born September 4, 1923, in Rimersburg, she was the daughter of Hershel O. and Anna M. Troup Shick. She was first married to Stanley G. Stewart, then secondly married to David A. Snow, then thirdly married to Donald L. Winters, who all preceded her in death. Mrs. Winters was a homemaker. She was a member of the Alpha Assembly of God Church in Clarion. Mrs. Winters enjoyed cooking. She is survived by one son, Dennis Stewart and his wife, Sandy, of Clarion; one daughter Dianna Shumaker and her husband, Terry, of Honeoye, NY. Also surviving are eight grandchildren, Kimberly Clinger of Clarion; Nanette Hagen of Clarion; Rhonda Clinger and her husband, Mark, of Sligo; Denny Glenn Stewart and his wife, Michelle, of Strattanville; and Jeffrey Stewart of Clarion;  Donna Ainslie of Honeoye, NY ; Terry Shumaker Jr. and his wife, Chérie, of Canandaigua, NY; Jeff Shumaker of Brooklyn, NY; thirteen great grandchildren, Art Clinger and his wife, Gretchen, of Beaver Falls; Angie Clinger of Clarion; Bryan Hagen, of Clarion; Jennifer Hagen of Clarion; Jamie Northey and her husband, Wade, of Brookville; Mark Clinger of Sligo; Tyler Clinger of Sligo; Glenn Stewart of Strattanville; Benjamin Stewart of Strattanville; and Jordon Stewart of Clarion; Jessica Ainslie of Rochester, NY; Taylor Worner of Honeoye; and Zachary Shumaker of Canandaigua, NY; and three great great grandchildren, Gabbriele Clinger of Beaver Falls, Aubrey Clinger of Beaver Falls, and Emma Northey of Brookville. She is also survived by three brothers, Hershel O. Shick Jr. and his wife, Jane, of Maitland, FL; Paul Shick of Rimersburg; and Kenneth Shick and his wife, Marsha, of Rimersburg. In addition to her parents and husbands, she was preceded in death by one sister, Ruby Hooks. Family will receive friends from 2 to 4 p.m. and 6 to 8 p.m. on Wednesday, January 26, 2011, at the Robert V. Burns Funeral Home in Clarion. Funeral services will be held at 11 a.m. on Thursday, January 27, 2011, in the funeral home with Pastor Ron Swanson, pastor of the Alpha Assembly of God Church, officiating. Interment will be held in Rimersburg Cemetery.

The family of Retha D. Stewart Winters created this Life Tributes page to make it easy to share your memories.

Send flowers to the Winters family.