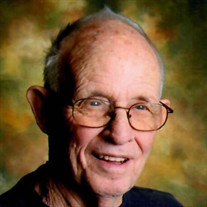 Robert M. Hartzell, Sr., 83, of Clarion, passed away Tuesday evening, March 10, 2020 at the Butler Memorial Hospital. He was born on September 26, 1936 in Clarion; son of the late Grover and Mable Baughman Hartzell. Robert married the former Donna Hunsberger on May 26, 1963, whom survives. He worked in numerous positions for PennDOT for 32 years until his retirement. Robert was a member of the Clarion County Rod & Gun Club in Knox and the Fraternal Order of Eagles #3807 in Clarion. He enjoyed sitting around the fire, hunting and fishing with his friends, and eating KFC. Robert also enjoyed spending time with his family and his dogs, Cece, Puppy Powers, and Muffin. He loved to collect anything that had to do with elephants. Robert is survived by his loving wife: Donna, of almost 57 years; seven children: Calvin Long and his wife, Jane, of Strattanville, Suszann Hunt and her companion, Steve Wagner, of Shippenville, Roberta Carl, Robert Hartzell, Jr., Vincent Hartzell, Donald Hartzell, and Eric Hartzell, all of Clarion; a step-daughter: Kayla Wurster of Clarion; 14 grandchildren; and 25 great grandchildren. He is also survived by his brother: Grover Hartzell and his wife, Lulabelle, of Knox and numerous nieces and nephews. Robert was preceded in death by his parents; a grandson: Robert Hunt; his sister: Shirley McAlhattan; two nephews: Roger and David McAlhattan; and a niece: Michelle Clinger. The family will receive friends from 1 p.m. to 4 p.m. on Monday, March 16, 2020 at the Robert V. Burns Funeral Home in Clarion where services will follow at 4 p.m. in the funeral home with Rev. John Flower, pastor of the First United Methodist Church in Clarion. Interment will be held in the Cedarview Memorial Park in Strattanville. In lieu of flowers, Donations can be made to the funeral home to help defray funeral expenses.

Robert M. Hartzell, Sr., 83, of Clarion, passed away Tuesday evening, March 10, 2020 at the Butler Memorial Hospital. He was born on September 26, 1936 in Clarion; son of the late Grover and Mable Baughman Hartzell. Robert married the former... View Obituary & Service Information

The family of Robert M. Hartzell, Sr. created this Life Tributes page to make it easy to share your memories.

Send flowers to the Hartzell family.