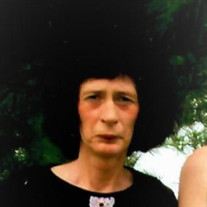 Sherry Lou Ann Sliker, 55, of Clarion, passed away on Friday, March 20, 2020 at her home. She was born on August 30, 1964 in Clarion; daughter of the late Connell “Clair” and Sylvia Jean Hawk Vogel. Sherry was a 1983 graduate from Union High School. She married Charlie Sliker on July 4, 2014; whom preceded her in death on April 2, 2015. Sherry worked for numerous Goodwill industries until her retirement. She attending the Sligo Church of the Nazarene in her earlier years. Sherry enjoyed playing cards, camping, and spending time with her family, especially her grandchildren. She is survived by her two daughters: Katrina Buzza and her companion, Scott Neiswonger, of Clarion and Vanessa Larson of Sligo; her half-brother: Jimmy Mortimer and his wife, Tabitha, of East Brady; three half-sisters: Heidi Young and her husband, Dave, of Chicora, Danielle Mortimer of Rimersburg, and Rhonda Steele of Clarion; and three grandchildren: Kullen Buzza, Dante Buzza, and Aden Neiswonger, all of Clarion. Sherry is also survived by her two sisters: Debra Bowser and her companion, Jeff Courson, of Clarion and Donna Guntrum of Sligo; her brother: Michael Vogel and his wife, Rae, of Clarion; her aunt: Betty Bowser of Rimersburg; and numerous nieces and nephews and great nieces and nephews. She was preceded in death by her parents, husband, a brother: Clair Laverne Vogel; an uncle: Larry Hawk; and two brothers-in-law: Tex Bowser and Johnny Guntrum. There will be no public visitation. A Memorial Service will be announced at a later date. In lieu of flowers, Donations can be made to the funeral home to help defray funeral expenses.

The family of Sherry L. Sliker created this Life Tributes page to make it easy to share your memories.

Sherry Lou Ann Sliker, 55, of Clarion, passed away on Friday,...

Send flowers to the Sliker family.