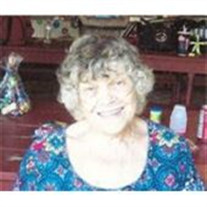 Shirley A. “Nan” Eckard, 77, of Clarion, died Friday, November 23, 2012, at her home. Born August 21, 1935 in Clarion; she was the daughter of the late Charles A. and Kathryn L. McKenzie Renninger. In her earlier years, Shirley worked at the Owen’s Illinois Glass Plant.  She then worked for many years in the restaurant business. Shirley was of the Catholic faith. She was a member of the Moose Lodge 101 and Fraternal Order of the Eagles 3807, both of Clarion. She is survived by five children, Daniel Kahle and his wife, Robin, of Beaver Falls, Donna Micoletti of Clarion, Dale Kahle and his wife, Deb, of Clarion, Darla Carr of Clarion, and Belinda Eckard of Strattanville; 13 grandchildren; and 21 great grandchildren; and one great great grandchild. Also surviving are four sisters, Mary Lou Bell of Strattanville, Esther Stroup and her husband, William, of Knox, Alice Muir and her husband, Gale, of Shippenville, and Bernadine Rex and her husband, James, of Pine City. In addition to her parents, she was preceded in death by a son, Don Kahle; a sister, Irene McClune; and two brothers, Charles Raymond Renninger and Albert L. Renninger. Family will receive friends from 2 to 4 p.m. and 7 to 9 p.m. on Tuesday, November 27, 2012, at the Robert V. Burns Funeral Home, 638 Wood Street, Clarion. Funeral services will be held at 11 a.m. on Wednesday, November 28, 2012, in the funeral home with Pastor Randy L. Evans, Clarion Forest VNA Hospice Chaplain, officiating. Interment will be held in the Immaculate Conception Cemetery in Clarion. Memorials and donations can be made to the National Autism Association of Pennsylvania, PO Box 246, Lititz PA 17543; or to the Epilepsy Foundation of Western Pennsylvania, 1501 Reedsdale Street, Suite 3002, Pittsburgh PA 15233.

The family of Shirley A. Eckard created this Life Tributes page to make it easy to share your memories.

Send flowers to the Eckard family.