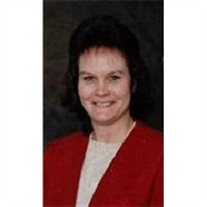 Stephanie Ann Rhoades, 52, of Kemmer Road, Clarion, died unexpectedly on Friday afternoon, September 21, 2012, at her home. Born February 5, 1960, in Clarion; she was the daughter of James F. Kerle of Clarion and the late Judith Ann Dunkle Kerle. Stephanie was married in the Strattanville United Methodist Church on September 7, 1985 to Daniel G. Rhoades, and he survives. She was currently a secretary at Dr. Park’s office and also worked at Peebles, both in Clarion.  She was well known in the insurance business. Stephanie was a member of the New Rehoboth Greenville Presbyterian Church in Clarion. She was also a member of the Clarion Eagles. Stephanie enjoyed walking with her dog, Petey, gardening and canning.  She loved taking care of her family and spending holidays with them.  She treasured her son and referred to him as her miracle baby.  She enjoyed supporting her son, nieces and nephews in sporting events and activities at Clarion Limestone School. In addition to her husband and father, she is survived by her stepmother, Martha Kerle of Clarion; a son, Brenton D. Rhoades of Clarion; her mother-in-law, Virginia Rhoades of Clarion; two brothers, Dan Kerle and his companion, Kris Stiglitz, of Knox, and Lee Kerle and his wife, Melissa, of Clarion; a stepsister, Lori Klepfer and her husband, Rodney, of Clarion; and a stepbrother, Clayton Kroh and his wife, Kimberly, of Clarion. Also surviving are six brothers-in-law, William Rhoades and his wife, Phyllis, of Michigan, Dennis Rhoades of Brookville, Dick Rhoades and his wife, Belinda, of Strattanville, Woodrow Rhoades and his wife, Linda, of Maryland, Sheldon Rhoades and his wife, Kathy, of Strattanville, and Wes Rhoades and his wife, Chris, of Sligo; two sisters-in-law, Betty Mumford of Hazen, and Robin Aaron and her husband, Mel, of Strattanville; seven aunts and uncles, Ann Kerle of Clarion, Mary Lou Ball of Clarion, John Kerle of Knox, Doris Callen of Florida, Jerome Kerle Florida, Connie Rankin of Fairmount City, and Bridget Dunkle of Clarion; and numerous cousins, nieces, and nephews. She was preceded in death by her mother, her father-in-law, and three uncles, Joe Kerle, Richard Dunkle, and Richard Rankin. Family will receive friends from 2 to 4 p.m. and 7 to 9 p.m. on Monday, September 24, 2012, at the Robert V. Burns Funeral Home, 638 Wood Street, Clarion, and from 10 to 11 a.m. on Tuesday, September 25, 2012, in the New Rehoboth Greenville Presbyterian Church, Clarion. Funeral services will be held at 11 a.m. on Tuesday, September 25, 2012, in the New Rehoboth Greenville Presbyterian Church, Clarion, with Rev. James Dietrich, pastor of the New Rehoboth Greenville Presbyterian Church, officiating. Interment will be held in the Strattanville Cemetery. Memorials and donations can be made to Charitable Deeds, 98 Hickory Nut Lane, Knox PA 16232.

Stephanie Ann Rhoades, 52, of Kemmer Road, Clarion, died unexpectedly on Friday afternoon, September 21, 2012, at her home. Born February 5, 1960, in Clarion; she was the daughter of James F. Kerle of Clarion and the late Judith Ann Dunkle... View Obituary & Service Information

The family of Stephanie A. Rhoades created this Life Tributes page to make it easy to share your memories.

Send flowers to the Rhoades family.