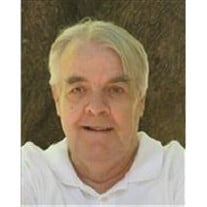 Thomas William Clark, 77, of 618 South Street, Clarion, died at 3:15 p.m. on Wednesday, November 5, 2008 at the West Penn Hospital in Pittsburgh. He was born October 7, 1931, at 618 South Street in Clarion.  He was the son of Clinton V. Clark Sr. and Manila May McMillen Clark. He graduated from Immaculate Conception High School in Clarion in 1949.  He also graduated magna cum laude from Gannon University in 1963.  He received the Bishop John Mark Gannon Award. He served in the Navy. In his earlier years, he worked at Owens-Illinois Glass Plant in Clarion.  He was a Certified Public Accountant.  He also was a co-owner and proprietor of the Buck Tail Hotel in Marienville and he was an antique dealer. He was a member of the Immaculate Conception Catholic Church. He enjoyed watching sports, especially baseball.  He also enjoyed going for rides around Clarion. He is survived by his six sisters, Maryann C. Speer of Clarion; W. Jane Kinkead, and husband, Charles, of Apollo; Nancy E. Hess of Jacksonville, FL; M. Shirley McNamara, and husband, John, of DeLang, FL; Rose Marie (Rosie) Clark, whom he lived with, in Clarion; A. Maureen Clark of Monroeville.  He was also survived by numerous nieces, nephews, and great nieces and nephews. He was preceded in death by his parents, two brothers, Vincent and Joseph Clark, and one infant sister, and two brother in-laws, Albert Speer and Richard Hess. Calling hours will be from 7 to 9 p.m. on Saturday, November 8, 2008 and 1 to 3 p.m. and 7 to 9 p.m. on Sunday, November 9, 2008.  Mass of Christian Burial will be celebrated at 11 a.m. on Monday, November 10, 2008 at the Immaculate Conception Catholic Church in Clarion with the Rev. Monty Sayers officiating. Interment will be in the Immaculate Conception Cemetery. Donations may be made to the Immaculate Conception School, Main Street, Clarion.

The family of Thomas William Clark created this Life Tributes page to make it easy to share your memories.

Send flowers to the Clark family.