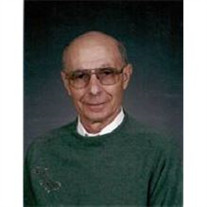 Vado J. Savelli, 83, of 15 N 3rd Avenue, Clarion, died Tuesday, April 26, 2011, at the Golden Living Center in Clarion. Born May 12, 1927, in Swoyersville, PA, he was the son of the late Nello and Theresa Gandolfi Savelli. Mr. Savelli graduated from the Sligo High School in 1947. He was married on October 25, 1949 to the former Lorraine Soha, and she survives. Mr. Savelli owned and operated Savelli’s Tavern in Huey until 1984, a business that was originally started by his parents. He was a member of the Immaculate Conception Church in Clarion. Mr. Savelli was also a member of Moose, American Legion, and B & L Skeet Club, all of Clarion. He was an avid hunter, golfer, and skeet shooter. In addition to his wife, he is survived by three daughters, Carol Gritzer of DuBois, Angela Savelli of Clarion, and Julie Mancuso of DuBois; six grandchildren, Matt Gritzer, Jennifer Moldenhauer, Emily Youngdahl, Amanda Gritzer, Laura Hallstrom, and Lindsey Hallstrom; and five great grandchildren, Ben Gritzer, Matson Gritzer, Westin Youngdahl, Tori Youngdahl, and Johnny Moldenhauer. He was preceded in death by his parents. Family will receive friends from 2 to 8 p.m. on Thursday, April 28, 2011, at the Robert V. Burns Funeral Home, 638 Wood Street, Clarion. Christian wake service will be held at 4 p.m. on Thursday, April 28, 2011, in the funeral home. Mass of Christian Burial will be held at 11 a.m. on Friday, April 29, 2011, in the Immaculate Conception Church in Clarion with Rev. Monty Sayers, pastor of the Immaculate Conception Church, presiding. Interment will be held in the Immaculate Conception Cemetery.

The family of Vado J. Savelli created this Life Tributes page to make it easy to share your memories.

Send flowers to the Savelli family.