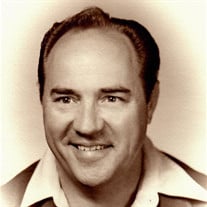 On September 4th, 2019 our friend William “Bill” Biletnikoff, Jr., 91, passed to the Lord at Clarview Nursing and Rehab Center in Sligo, PA. Bill was born in Erie, Pennsylvania on December 11, 1927 to the parents of William Sr. “Dedoff” and Leona (Yokoff) Biletnikoff. He is survived by his brother: Ivan Biletnikoff and his sister: Marion Petroff. He was preceded in passing by Wallace and Filmore Biletnikoff. Bill graduated from East High School in 1944. He attended Slippery Rock University and Gannon University. Bill was the highest scoring basketball player in PA while in college. After that, he went into the Air Force. Bill also played basketball very successfully there. He was later inducted into the Pennsylvania Hall of Fame for the sport. Later he married Helen and cared for her until her passing. Two years later he met Carole. On June 19th, 1976 Bill married Carole and adopted her two boys Douglas Merle (deceased) and Nathaniel Wayne (Janice) of Ewa Beach, Hawaii. He had multiple jobs in the banking and automotive industries. Their daughter Emily Carole lived 11 months. Through having Emily, he met and accepted the Lord. That faith defined the rest of his life. Carole and Bill resided in Erie while Carole taught school. After leaving Erie, they retired into the Clarion County area, specifically Cooks Forest. In 2012 Bill was instrumental in founding Cornerstone Church of Clarion. Bill enjoyed his grandchildren: Chloe Biletnikoff, Rianna Francis, Dakota Biletnikoff and Abigail Breakiron. He was kind to everyone and will be missed by everyone who knew him. The Robert V. Burns Funeral Home in Clarion is handling the arrangements. There will be no public visitation. A Memorial Service will be held at 10 a.m. on Saturday, September 14, 2019 at Cornerstone Church of Clarion with Pastor John Green presiding. In lieu of flowers, donations or memorials can be made in Bill’s name to the Cornerstone Church of Clarion, 3655 East End Road, Shippenville, PA 16254.

The family of William Biletnikoff Jr. created this Life Tributes page to make it easy to share your memories.

Send flowers to the Biletnikoff family.