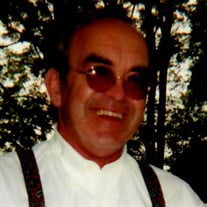 William Stephen Burns, 71, of Sligo, passed away Saturday morning, November 2, 2019 after many years of declining health. He was born on September 1, 1948 in Brookville; son of the late Thomas R. Burns, Sr. and H. Noreen Elliott Burns. Steve married the former Wendy Emig on May 26, 1973, whom survives. He was well known, being from a fifth generation family century farm. Steve was a dedicated farmer and a part-owner of Burns Farms and Burns Trucking. He enjoyed collecting antiques, especially Fiesta Ware and those related to farming. In High School, Steve drove milk truck and knew all the area farms and back country roads. He also enjoyed country music and was a disc jockey at Union High School for the school dances. Steve was caretaker at the “Kennel on the Hill” for family pets, which he dearly loved. He was an avid gardener and loved cooking family recipes, sharing meals with family, friends, and farm hands. Steve made a family favorite spaghetti sauce from his harvest. He took great joy in renovating his properties, especially his camp. Many happy hours and fires, that could never be too big, were shared at his special gathering place along the river, at Burns Camp. Steve is survived by his loving wife, Wendy, of 46 years. They filled their home with five wonderful children; Clinton Rhea Burns and his wife, Dusty, of Sligo, Stephanie Kay Frances and her husband, Ron, of Pittsburgh, William Andrew “Billy” Burns and his wife, Abbey, of Lakeland, Florida, Jonathan Clayton Burns and his girlfriend, Snehal, and Shawn Thomas Burns and his girlfriend, Natalie, all of Pittsburgh. Steve was especially proud of his grandchildren; Carter and Caden Burns of Sligo and Nolan and Lexan Burns of Lakeland, Florida. He is also survived by his two brothers; Thomas Rhea Burns, Jr. and Randall John Burns and his wife Trudi, and several nieces and nephews. In addition to his parents, he was preceded in death by a nephew; Thomas R. Burns, III. The Burns Funeral Home & Crematorium, Inc. in Rimersburg is handling the arrangements. Steve’s family will receive friends from 2 p.m. to 5 p.m. on Tuesday, November 5, 2019 at the Grace Community Church in Sligo. Services will be held at 5 p.m. in the church with Rev. Larry Piper and Rev. Tom Switzer presiding, with a dinner to follow at 6 p.m. In lieu of flowers, donations may be given to the Sligo Ambulance Service, Clarion Forest V.N.A., 271 Perkins Road, Clarion, PA 16214, or to Clarion PAWS, 11348 Route 322, Shippenville, PA 16254.

The family of William S. Burns created this Life Tributes page to make it easy to share your memories.

Send flowers to the Burns family.