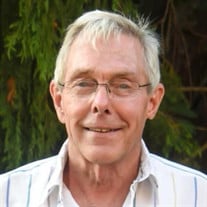 William A. “Cutty” Culbertson, 66, of Clarion, passed away unexpectedly of natural causes on Sunday, March 20, 2022 at his home, “The Lodge”. He was born on June 19, 1955 in Clarion, the only son of William E. and Ethel Port Culbertson, the youngest of 4 children. Cutty was a 1973 graduate of Clarion Limestone High School. He worked in construction as an equipment operator for many local companies. Cutty also owned and operated Cutty’s Landscaping. He enjoyed spending time with his family and friends, who can attest to the unique adventures they took with him. He also had an unquenchable passion for flying and could often be heard soaring in his Skyhawk XP. Cutty leaves behind his sons, Carter, age 8, and Cameron, age 6, whom he loved more than anything. He also leaves behind his sons’ mother, Angie Clinger, who he made a myriad of fun memories with, including boating and fishing on the river. He is also survived by his mother, Ethel Culbertson; his sisters, Jane Culbertson and Mary Altman; and a brother-in-law, Robert Skarada, all of Clarion; his nieces, Carrie Allio and her husband, Mark, and their sons, Asher, Gage, Hank, and Ty of Slippery Rock and Megan Tompkins and her husband, Will, and their daughters, Rowan and Cora of Alaska and his nephew, Kent Contreras of Pittsburgh, whom all enjoyed their special times with “Uncle Cutty”, along with many cousins on the Culbertson and Port sides. Cutty was preceded in death by his father, William Culbertson, and his oldest sister, Kyle Skarada. Family and friends will be received from 4 p.m. to 6 p.m. on Thursday, March 24, 2022 at the Robert V. Burns Funeral Home in Clarion. A funeral service will be held at 11 a.m. in the funeral home on Friday, March 25, 2022 with Rev. Mark Allio presiding. Livestreaming of the service can be viewed via our Facebook page at Burns Funeral Homes. Interment will follow in the Clarion Cemetery.

The family of William A. Culbertson created this Life Tributes page to make it easy to share your memories.

William A. “Cutty” Culbertson, 66, of Clarion, passed away unexpectedly...

Send flowers to the Culbertson family.