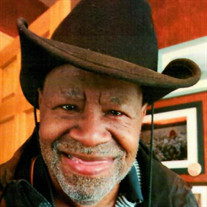 William “Billy” Erwin, 72, of Clarion, passed away late Monday evening, April 12, 2021 at the Grove City Hospital. He was born in 1948 into some challenging circumstances, but he never asked why me or wept for what could be. The odds you might say were stacked against him from the start, but that only matters if you play the odds. Billy, you see carried the greatest of all the trump cards. He inhaled life and exhaled infectious joyous energy. That energy would sear the hearts of everyone he encountered. This joy-filled treasure that embodied who he had become provided him the armor he needed to navigate years of institutional life and considerable social challenges. He mastered all the challenges with a shield of kindness and a sword of boundless curiosity. He was a teacher to those of us willing to learn the most powerful lessons, the lessons about ourselves. He was born in the city and several foster care providers were his parents into his early teen years. Growing up in the social system one is routinely confronted by hopeless spawning indignities that if unchallenged can impair your self-perception. His adolescence was marked by the social prescription of the day for persons with intellectual differences. He was unceremoniously shuffled off to the institution where he spent his teens and twenties. Painful stories of those first few decades of his life never left him, but they never consumed him or wilted his brilliant pedals. He endured institutional life as he endeared himself to caregivers and fellow residents. His work at Polk Center on the farm or in the nursery was a point of pride for him, but sadly the winds changed again, and his valued roles were lost to other more tenable whims of the day. A transitional institution was the next card the system dealt him and he was really put to the test again. Marcy State hospital literally became his new haunt. Miraculously he kept his joyful and hopeful heart intact, the hospital however was closed under the dark clouds of mistreatment. He entered the state's group home system in Armstrong County late in the eighties and with his glow tarnished, but largely intact he took to the business of bringing the best out of people. Hundreds of staff people and neighbors over the years came into and out of his home and life. He infected them all with a dose of joy and gratitude for living. To say he was an incarnation of the mythical pied piper would be an understatement. The stars realigned for me when I met him while he was living in one of those group homes in Vandergrift, Pa. He moved to Clarion County early in the nineties bringing with him a serious record collection, enough textbooks to build an education on, and many duffels filled with curious treasures he had accumulated. He was a serious collector who was dedicated to the procurement of antiquities. He took up residence with our family in New Bethlehem where he soon became a celebrity. He never met someone he did not already know or at least someone who he was going to know very soon. He took a special interest in seeing to my education and the education of my children who now volumes of impactful stories and lessons from Billy have they have molded into tools of their own. His famous introductory line was routinely delivered with a zesty, heartfelt “I forgot your name I did” and the conversation always included a gleeful pronouncement “I like you I do”. Inevitable the melting stranger would offer up a name and the budding relationship was off and so the teaching would begin. The lesson every time was the same “you can be a better version of yourself and I will show you how”. He spent the last twenty years of his life in Clarion and his talent for leaving a powerful impression on those he encountered was with him to the end. He would want me to thank all the staff from UCIP, SAM, Passavant, and The Drop-in Center that supported him. He did not have many of the conventional things we all busy ourselves in pursuit of, but he had a loving community of staff, family, and friends that are as numerous and diverse as any group that I have ever seen charmed by one person. He navigated this world without ego or pretense, he knew he was a gift to humanity, and he reminded us of that every day, in every interaction. Billy is survived by the Griffin Family, Timothy, Sharon, Elizabeth, Dana, Aubrey, Gabriel, Quill, Kalob, Ian, and Gavin, and his grandmother, Hoodie. In addition to his parents, Billy was preceded in death by his grandfather, Gene, and his brother, Jake. Family and friends will be received from 4 p.m. to 6 p.m. on Tuesday, April 20, 2021 at the Robert V. Burns Funeral Home in Clarion with a Prayer Service to be held at 5:30 p.m. in the funeral home with Rev. Harold O. Jacobson, pastor of the Grace Lutheran Church in Clarion. Interment will take place in the Saint Charles Catholic Cemetery in New Bethlehem. “If you carry joy in your heart, you can heal any moment”. Carlos Santana

William &#8220;Billy&#8221; Erwin, 72, of Clarion, passed away late Monday evening, April 12, 2021 at the Grove City Hospital. He was born in 1948 into some challenging circumstances, but he never asked why me or wept for what could be. The... View Obituary & Service Information

The family of William "Billy" Erwin created this Life Tributes page to make it easy to share your memories.

Send flowers to the Erwin family.