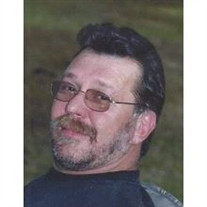 William R. “Bill” Klingensmith, 61, of Limestone, passed away Friday afternoon, August 26, 2016 at his home following a short illness. He was born on April 26, 1955 in Sharon, PA; son of the late William John Klingensmith and Coila Joanne Shearer Klingensmith of Hermitage. Bill was married on December 23, 1977 to Carla Jean McMunn, who survives. He served in the U.S. Air force. Bill was of the Protestant faith. He worked at many different jobs throughout his life, last working as a heavy equipment operator. Bill was a member of the Clarion Eagles where he was past worthy president. He loved antiques, traveling, and spending time with his grandchildren. Those who knew Wild Bill knew he was a damn good bullshitter. Some would say that that was Bill’s job, and he would always leave you with the saying “life is good!” Bill is survived by his wife, his mother, one son, Jesse Klingensmith and his wife Abby of Slippery Rock, one daughter, Brittany Klingensmith and partner Andrew Pryor of North Carolina, and two grandchildren, Kyle and Caroline Klingensmith of Slippery Rock. He is also survived by two sisters, Cindy Glancy and her husband Bob of North Carolina and Kim Smith of Wheatland, PA, two brothers, Keith Klingensmith and his wife Claudeen of Hubbard, OH and Kirk Klingensmith of Austintown, OH, and a number of nieces and nephews. Bill was preceded in death by his father, and two brothers, Gary Klingensmith and Kevin Klingensmith. There will be no public visitation. A celebration of Bill’s life will be held on Saturday, September 3, 2016 from 2 p.m. to 6 p.m. at the Piney Meadows Park in Limestone. The Robert V. Burns Funeral Home, 638 Wood Street, Clarion, is handling the arrangements.

The family of William R. Klingensmith created this Life Tributes page to make it easy to share your memories.

Send flowers to the Klingensmith family.